According to the recently released Crime Survey of England and Wales recorded crime levels are falling, which is a good thing. Dig further and the data for the last decade reveal curious insights into the changing nature of crime against the person. Perceptions that such crime is very serious have dropped. It also seems we are much safer on the streets than in a pub or on a bus. And despite the value of stolen items rocketing we are becoming less and less angry; we are increasingly merely annoyed. How very British. 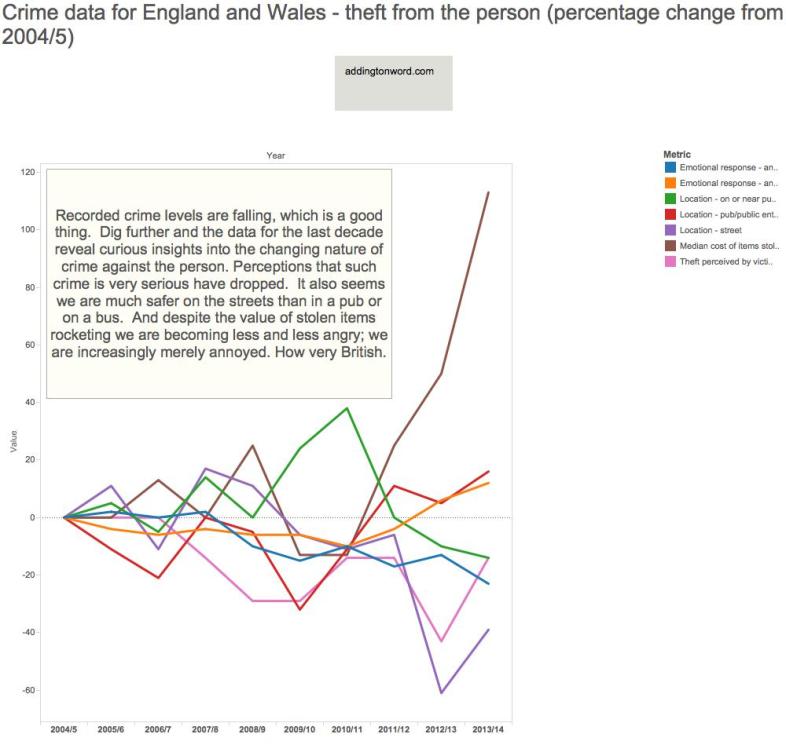